I have had this bright red cast on my left arm for 13 days now.  I know it’s temporary and I know I shouldn’t complain but I just can’t stand it.  I can take a Zumba class or run on the treadmill for 45 minutes with no pain at all.  Getting dressed, that is uncomfortable.  I need help buttoning, snapping, zipping.  (I don’t think Chip has seen me naked this much since our honeymoon in 1989!) I type for a living and I sit at my desk with my left hand up and my right hand hunting and pecking for each keystroke.

So I sit and I look at his cast and it reminds me of a time when I had the old fashioned white plaster cast on my right arm.  I fell off my bike and broke my wrist.  I couldn’t wait to have everyone sign it.  Since the cast was white, it was very colorful and made me smile when I felt blue about having to wear it in that hot July weather.  My grandmother Amelia died that summer I had the cast on.  I remember being at the wake surrounded by my family as they all signed my cast.  Cousins from NJ, friends, crazy Aunts and my favorite Uncle Mike.  He called me Kiki and wrote that name on the cast.  My mother saved that cast, autographs and all.  I should find it and reminisce a bit.

I was 10 years old then and I am 51 years old now. Who says I can’t have my cast signed?  Amelia, Jack and “Ash” have placed their marks on this cast. When I go to NYC in 2 weeks for a presentation at a very prestigious law firm, will they think less of my professionalism or legal ability when from under my suit jacket inches this bright red cast autographed to the hilt? Perhaps.  Perhaps not.

I get some crazy looks on the treadmill at 5:30 in the morning.  I’m not sure why.  Do they think I am crazy? Maybe seeing the cast autographed so brightly will make them smile too?  Maybe not.

I had a lovely conversation  on Monday morning with a friend from spin class. I have not seen her in a while, she and I are on different training plans.  She asked about my thumb and we chit-chatted for a while.  When I mentioned my doctor, she just beamed and began to explain her relationship with him.  As she spoke she referred to her hands and for the first time in the 2 years I have known her, I saw how angry and ravenous Rheumatoid Arthritis can be.   She explained the many surgeries on her hands and feet and I felt so badly for her:  for her pain, for her frustration, for her limitations.  Then I realized how she has dealt with it and worked her very full life around it.  I was in awe.  She didn’t appear to concentrate on what she couldn’t do, but rather what she could do.

So bring out that Sharpie and get ready to make this cast stand out. I’m going to make the best of this for the next few weeks and get as many smiles out of it as I can. 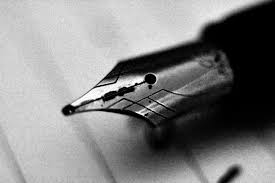