This morning I was on my way back to my home office from my downtown office.  I am lucky enough to work both at home and in an office with a super group of people.  They are kind and welcoming; hardworking and fun; silly and smart…all at the same time.  We have been having some technical difficulties at work lately.  It is testing them in terms of doing their job to the level they are used to… yet they are doing it without missing a beat.

So I wanted to bring them some treats and I dropped off  some spectacular cookie bars from Zachary’s . Yummy.  I left the office and was forced to detour my route home.  I was now headed home and driving behind a very seasoned cyclist.  I noticed that he was quite fit and moving with ease through the traffic.  A very large box truck was ahead and weaving over the shoulder line…in and out…in and out.  The cyclists came upon him and appeared to have noticed his erratic driving.  I looked up and truck’s movement is pushing the cyclist off the shoulder.  I think the cyclists actually tapped the side of the truck to warn the driver and then I saw the cyclists up in the air and down on the pavement…hard!  The truck drove away.

I got out along with a few other motorists and I called 911.  I approached the man and saw that he was a few years my senior and very disoriented.  He was bleeding and both his knee and shoulder appeared broken, or very badly injured.  He laid there while we stopped traffic and waited for the ambulance.   It was awful.  To see a body flung like a ragdoll, fall so hard and force his bike clips undone was disturbing.

I called Chip from the car while I was waiting for the police and ambulance. Chip rides at least three times a week and I worry like crazy every time he goes.  It made this accident feel a wee bit too close to home.  I told him I was going to sell his bike and buy a spin bike.  I forbid him from riding…yea right.  (He came to spin with me tonight! THAT is another story for another day.)

That cyclist has a family and as he laid there on Route 9, I thought about that family.  They are not aware what happened.  They are not aware he is hurt.  The men and I who stayed there were glad we were there so he was not alone.  I hope that would happen if it were Chip.  I hope that never happens, ever. I wish that someone would always be there so no one would have to suffer or be afraid after an accident. I think about the friends and classmates that I have lost over the years in a car or motorcycle accident.  (RONNIE, you better be careful.  You too Charlie.)

Please heed cyclists: bikes and motorcycles.  Many cyclists DO know the rules of the road and they follow them.  They are trusting us to do the same.  Pay attention. Do not text, do not take your eyes off that road for a split second because someone’s spouse, child or parent is counting on you not to do it.  My prayers are with that man tonight. 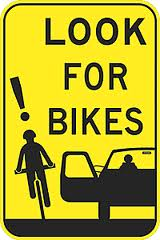