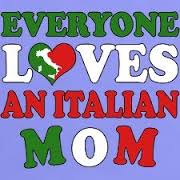 Amelia is my daughter. The oldest of the two.  She is smart and beautiful and extremely self sufficient.  Sometimes too much so but I blame myself for that and praise myself for that all at the same time.  She is a very determined and strong young woman.

Amelia has played basketball for our school district and various AAU teams since the 4th grade.  Being her mother’s child, she has experienced some horrific accidents. During one particular game, she was running and was tripped up by the other player.  She went down hard and was limping off to the sidelines.  One of the dads is a doctor and took a look at her ankle. He thought is may be bruised.  Chip and I are mouthing across the court, “shake it off Amelia!”.  Fast forward, she has a broken ankle and pelvis.  Ouch.  Her argument, and a valid one, “if that were Jack….”.

A few years later, Amelia takes an elbow to the gut during a basketball game.  Goes down like a ton of bricks.  We tell her she’s ok and maybe bruised a rib.  That night she wakes up complaining of abdomen pain.  Hmm.  It’s probably just a bruise, right.  We go to the doctor and are rushed to the ER.  Guess what?  A one and half inch tear in her spleen. HER SPLEEN. Bad mother….terrible guilt.  Learned our lesson.  Chip and I said when she says something is wrong, it probably is wrong.

Oh but yet one more time.  This past Christmas Eve Amelia was home for the holiday break and working like crazy at Starbucks.  I mean wild hours- she was exhausted. She was saying she didn’t feel well.  Ok, as usual, “oh c’mon, you’re fine.  Just rest a bit.”  Christmas day we are on the fast decline.  Ugh.  Christmas night she comes into our room complaining about stomach pain.  (Now remember, I already said we dismissed stomach pain once, and you see how THAT turned out.)

We refer to one’s time of the month as Ralph in our house.  I told Amelia it was probably just Ralph, take Advil and a heating pad and you’ll be more comfortable.  She said, “maybe I ate too many goldfish” and returned to bed.  Not long after she was back and we are on our way to the hospital.  Fast forward yet once more, her appendix was removed 12 hours later.

I don’t know why it is like this. I lived this first hand with my brother Joey.  He could do no wrong yet, here I am continuing the history of Italian sons.  Poor Amelia.

Chip asks me all the time why is it that an Italian son is sheer perfection, but an Italian husband is an idiot?  That my friends will take some time, and a few bottles of wine to explain.