As you know, I have a new teen driver in the house. I have already shared some of Amelia’s driving stories. Typical for a new driver.  She is doing very well except for a few minor “oh crap moments”.

I, however, have been driving since 1978.  As a young driver, I had hit my share of stationary objects including my parent’s house, their garage, a mailbox and a miscellaneous hedge here and there. This morning  was a sad addition to my history.  It was a beautiful summer morning, cool, yet warm enough for sunroof open kinda driving.

I decided to take Fredrick…and that was the beginning of the end.

Once my briefcase and bag were loaded into the car, I began to back out of the garage. S-L-O-W-L-Y.  I see my mother’s car parked just outside the door and I make a note to bear a little more to the left, but not too close so I don’t hit the other car.  Then I look forward for JUST ONE SECOND and I hear the sickening sound of poor Fredrick’s side view mirror scraping the garage door and the “pop-pop” of the metal and plastic snapping.

Oh God. I am sick to my stomach. I go upstairs to tell Chip and just cry.  He didn’t need his WIFE to damage the car.  We thought it would be Amelia!  He was great and in all truth, he was right: his incidents and tickets far exceed mine.  Off to the dealer to who proceeded to tell him it is always way better to have your wife do the damage than you. Phew.

Who knew poor Fredrick would fall prey to my driving…with a teenager in the house! I will make it up to you with a nice hot wax and shine! 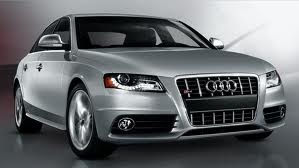