Hanging out with Lurch- Last Will and Testament

In December of 1992, Chip and I met with our attorneys to draft our wills. We were just married, 3 years and hoping to soon start a family. We thought we should be prepared and organized.  Chip’s business was just beginning and thriving. I was working and living in Manhattan.  As they say, we had life by the stin-deens, slang for you-know-what in Italian. We were young and mobile.  Busy in careers and life and the thought of doing the wills, health care proxy and POA were a calm and easy discussion.  No thoughts in bed at night about death or dying, no panic attacks about taking the big dirt nap, no,  that is for MUCH later.

Life continued on, Amelia was born in July 1997 and in February of 1999, we re-did the wills.  During this period, we faced health issues, infertility and the strain of living apart all those years with a Syracuse-New York City commuter marriage. But we survived and later that year in December of 1999, we were blessed with Jack and life took off. We were busy raising kids; basketball games; LAX games; school and health and growing.  We moved to a great community and settled in.  Still, no thoughts of mortality quite yet just an almost total arrogance of life and the frailty that accompanies it.

Now in April of 2015, we are re-doing our wills. Looking at college ahead of us; marriage and grandchildren. In the rear view we now see successes both emotionally and financially. It is time to face it and being mapping the charts to insure the children are taken care of in the event of our deaths. Note:  I did find it interesting that Chipper has a lot more life insurance than I do.  Just for the record, I did not purchase that.

Even now, writing this, I have made the sign of the cross a number of times. Protection?  I don’t know. I do know that I do not want to die, not now, not really ever.  I’m having too much fun, even when its hard. I want to see my kids grow up and be successful and talking about trusts and guardians is giving me a great deal of ageda. (sign of the cross again)

I refer to our lawyer as Lurch.  You know, the butler from The Adams Family? I think he has been talking to nearly dead people for too long.  He is deep and intense and I wish he would lighten up.  I’m working on him. He keeps the process focused and very unemotional. I am NOT unemotional.  I refuse to cry on the phone but I do when I hang up.  I don’t want to think of life without Chip and god forbid, (sign of the cross again), the kids.  Money will not heal them should something happen but I do know memories will feed them.

My point in this long story is to take care of them now.  BE with them; TALK to them and make the memories with them that they will need to survive should something happen to us as parents.

Many years ago, Chip took a ride in a fighter jet. It was #1 on his Bucket List. It was our 15th wedding anniversary and we were on Little Palm Island off the Florida Keyes.  The jet was at Marathon Airport.  The pilot was a handsome young man who I questioned intensely.  He finally conceded and said, “I have 5 kids, believe me, I will bring him back in one piece.”  I was still not happy about it. I whispered to Chip that if he crashed and burned, I would cremate him right then and there in Florida, buy a wicked hot Porsche 911 and drive his lame ashes back to New York. So every once and a while when I talk about a Porsche 911, I think I see him get a bit antsy.  Maybe I better tell Lurch to hurry it up. (sign of the cross again!) 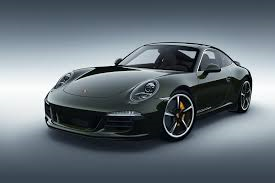