Do you know how to “OODA-loop”?

Last Friday night I went to the gym to take a class. I spin every Friday morning so my friends said, “you’re taking another class tonight?” (which isn’t unheard of for me.)

I wasn’t sure what to expect and frankly I was a bit nervous.  When I got to the gym many of my ‘usual suspects’ were there so I settled in and relaxed a bit waiting to see what was going to transpire.

Soon, three men and a woman came in with bags of pads and a particularly huge bag with a punch of red pads.  They called us to attention and began to speak.  Ken was confident, calm and engaging. Chris seemed to be in the role of the ‘demo guy’ and got knocked around a bit. Carl was also strong and very encouraging.  He was the leader in my group.

Ken explained a bit about self defense and in layman’s terms he described the  definition of self defense and as he spoke, we began to relax and engage with him. We asked questions and answered questions.  We learned about taking away the assailants ability to see, breathe and move and how that would give us time to get away. That feeling of confidence and empowerment was beginning to grow and he started the OODA-loop discussion.

The phrase OODA loop refers to the decision cycle of observe, orient, decide, and act, developed by military strategist and USAF Colonel John Boyd. Boyd applied the concept to the combat operations process, often at the strategic level in military operations. (as defined by Wikipedia).

Here you have a room full of ladies anywhere from their mid-twenties on up.  A diverse group that has no idea what any of us may have or have not experienced in our lives.  We were  giggling a bit when Ken said “OODA-loop” but soon it turned to intent listening. Ken explained the series of thoughts your mind goes through, sometimes in a matter of seconds, as you observe the situation, orient yourself to the situation, decide what to do and then act. The key to self defense is in this loop and/or messing up the assailants OODO-loop whereby putting him in a position to have to reevaluate the situation.  Very interesting discussion, I loved it.  I think many of us can apply the OODA loop to other decision making aspects of our lives.

After the ‘lesson’ was done and we began to discuss the various parts on a guy that we could hit or kick to disable them and then broke into groups to learn a few moves and practice hitting the ‘assailant’. I have to say, I was uncomfortable at first.  Carl was great and very encouraging as were my group-mates. I began to feel even stronger.

After that session, we met again as a group and discussed other ways to disable an assailant.  This seemed more personal, poking him in eye, in the throat a kick to the knee.  I felt a change in the group that had us a bit afraid again.  But Ken was on it.  This was not his first rodeo and he clearly confronted the issue of victim vs. survivor and the winds blew back the other way.

I left that class feeling empowered and fairly sure, if need be, I could do what I needed to do.  After all, I had been there once before myself. In 1983, I was a junior in college. I had a friend who attended a neighboring college.  We were buds.  We never dated, never had any relationship other than daytime dates to play tennis or hang out.  One day he asked me to dinner and I said yes.  He picked me up and said he needed to go and take a shower first, so we’d stop by his apartment.

The rest is uncomfortable to discuss but I was not physically assaulted, I was bullied and very scared. I got away from him and calmly and clearly told him to take me home.  He did. I was lucky. I wish I knew then what I learned Friday night.

Ladies, we need to pay attention to our surroundings.  We need to walk confidently and put that cell phone in our purses until we are safe in our car or home.  We can control some of this, not all of it.  When I lived in Manhattan I was ultra sensitive to my surroundings but here, I had let it lax a bit.  No more.  I walked to my car in the dark at the gym with a little more purpose.  I parked my car downtown with a little more thought to what was around me. Tal to your daughters and share what we learned

Thank you Best Fitness and Ken, Carl, Chris and Carl’s daughter who told us to listen to our gut. We have good instincts and while we might not stare down a person in a parking lot, we will certainly do our best to send him the vibe that we are not going to be victims. 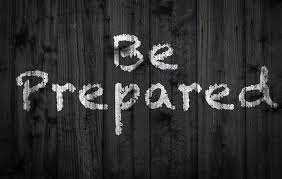